Share a memory
Obituary & Services
Tribute Wall
Read more about the life story of JV "Jake" and share your memory.

JV “Jake” Edwards passed peacefully in his home on January 7, 2023 at the age of 85. He was born on April 18, 1937 in Munday, Texas to Virgil Lee and Jimmy Julia (Rister) Edwards. Jake married the love of his life, Tommy Jean Thornton, on February 5, 1960 in Armstrong, Oklahoma.

Jake received his master’s degree in Administration from the University of Tulsa and later became superintendent of Caddo Public Schools. He was a rancher and loved anything to do with woodworking. He enjoyed traveling and drinking coffee with his friends. Jake was also a member of the First Baptist Church, Lion’s Club, and Texoma Sam’s. He loved serving the community of Caddo and was presented with the Caddo Community Association 2013 Citizenship Award in honor of a lifetime of service to the town, schools, and people of Caddo, Oklahoma.

Those left to cherish his memory are his wife of 62 years, Tommy Jean of Caddo, Oklahoma, his son Barry Lee Edwards, and wife Cathy also of Caddo, his daughter Janna Kelley and husband Bryant of Ada, Oklahoma, as well as an honorary son, Jack Butler of Bennington, Oklahoma. His legacy lives on with his grandchildren Pamela Looney and husband Ruben of Coalgate, Oklahoma, Sarah Wiggins, and husband Kody also of Coalgate, Morgan Jones and husband Jordan of Loveland, Colorado, William Lee Edwards and wife Haley of Joelton, Tennessee, and Curtis Robbins and wife Lauran of Inola, Oklahoma, his great granddaughters Rachel Prince, Felicity Looney, Kora Looney, and Adeline Looney, as well as his nephew Jonathan Lee Edwards and niece Cathy Jean Edwards. He is also survived by numerous extended family members, loved ones, and friends.

Preceding him in death are his parents Virgil and Jimmie Edwards, his brother Ronnie Lee Edwards, and twin granddaughters Kimberly and Krystal Edwards.

Family Hour is set for 6:00 – 7:00 p.m. Tuesday, January 10, 2023 at First Baptist Church of Caddo. Funeral service will be held at 2:00 p.m. Wednesday, January 11, 2023 at the First Baptist Church of Caddo with Jeremy Parham and Jeff Self officiating. Jake will be laid to rest at Gethsemane Cemetery following his funeral service.

In lieu of flowers the family requests donations be made to either Caddo Education Foundation or Caddo Civic and Cemetery Club c/o Shamrock Bank in Caddo, Oklahoma.

The family would like offer thanks to Victory Home Health and Hospice of Durant for their kindness and compassion while caring for their husband, father, and grandfather.

To send flowers to the family or plant a tree in memory of JV "Jake" Edwards, please visit our floral store. 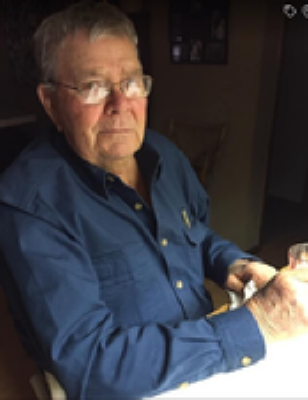