Share a memory
Obituary & Services
Tribute Wall
Read more about the life story of Bobby and share your memory.

Bobby Joe (Buck) McGee of Calera, Oklahoma was born the youngest of ten children to Bun Wooten McGee and Flossie El (Crowder) McGee on August 21, 1931 in Caddo, Oklahoma. He passed from this life on January 15, 2023 at the age of 91. Bobby was a beloved husband, father, grandfather, and brother who will be missed by all.

He retired from Nabisco Brands in Denison, Texas in 1993. Prior to that, he worked for Peabody Gallion in Durant, and raised his children while working as a ranch hand for Stuart Ranch in Caddo. Bobby, who was known as Buck all his life, loved working and living in the country. Training horses was his passion. He was a gifted horseman and worked with them for many years. Bobby enlisted in the United States Marine Corp at the age of 18, and was stationed in Korea during the war, then Hawaii after that.

Family Hour will be held from 6:00 to 8:00 p.m. Tuesday, January 17, 2023 at Holmes-Coffey-Murray Funeral Home. Funeral service is scheduled for 2:00 p.m. Wednesday, January 18, 2023 at the Holmes-Coffey-Murray Funeral Home Chapel with David Ervin officiating. Bobby will be laid to rest at Gethsemane Cemetery in Caddo following the funeral service.

To send flowers to the family or plant a tree in memory of Bobby "Buck" McGee, please visit our floral store. 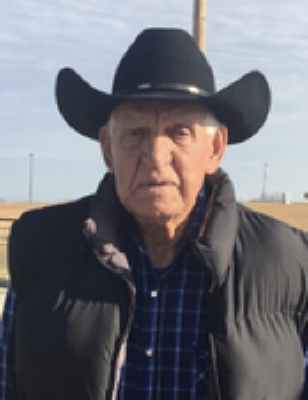